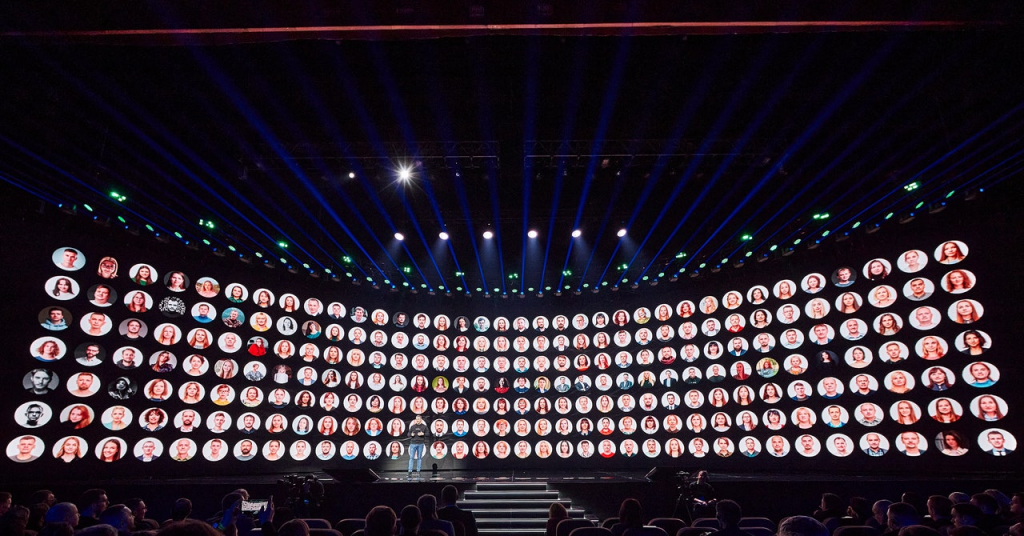 Fedorov, who also serves as Ukraine’s deputy prime minister, tapped the country’s thriving tech scene to staff his ministry. By hiring founders, marketers, social media experts, and computer programmers, he created a department unlike any other in Ukraine’s government. “There were no old people, and lots of businesspeople,” says Max Semenchuk, a blockchain entrepreneur who works as an adviser to the ministry.

The ministry’s staff, who sometimes wore matching hoodies as they worked in the government’s western Kyiv offices, came to think of themselves as a formidable unit of “freaks” inside the government machine, says Mstyslav Banik, the ministry’s head of e-services development, who has known Fedorov since they both worked in digital marketing. In a startup or big corporation their obsession with speed and leveraging the internet would seem unsurprising; inside the government bureaucracy it was a revolution.

Until the war, the ministry’s most prominent project was an app called Diia intended to deliver the “state in a smartphone” concept. It can function as an electronic passport or driver license and also provides other services, such as easy payment of traffic fines. The project sped from proposal to release, in February 2020, in just over four months and is currently used by around 14 million Ukrainians. Before the war, Fedorov checked in on the Diia project three times a week through scheduled Zoom calls that began at 7:30 pm, with discussions often continuing until midnight, Banik says. “Fedorov is a huge workaholic, but he’s a great boss; we were unafraid to take on hard challenges.”

Since the war began, the ministry’s challenges and working hours have grown further. “These 15 days of war are like one very long day that never ends,” Ionan, the deputy minister, recently remarked. She and others have scrambled to adapt platforms and relationships developed to serve dreams of e-government into tools to attack Russia and support Ukraine’s besieged population.

Melnyk, the ministry adviser, began working on the campaign to pressure tech giants to cut off Russia on the same day the first explosions rocked Kyiv. He sent his first request to Apple, where he had good connections after working on a 2021 agreement for the company to support the Diia app and offer training to teachers who use its devices. Fedorov tweeted out a copy of his letter to Apple CEO Tim Cook, requesting that the company prevent Russians from accessing the Apple Store. It was the first in a barrage of tweets Fedorov used to publicly entreat some 50 companies to suspend or limit Russian users’ access to their products.

That campaign made smart use of the momentum created by sanctions levied by the US and other governments, and Russia’s renewed belligerence towards western tech companies, says Emerson Brooking, a senior fellow at the Atlantic Council. “Fedorov and the Ukrainian strategy provided the tip of the spear, consolidating all of this pressure,” he says. Within a week, Apple halted device sales in Russia, Meta blocked Russian state media accounts for Facebook users in the EU, and Twitter added warnings to all tweets linking to Russian state media. The constant stream of call-outs to pressure companies, from payment services to game studios, to sever all ties with Russia has been labeled the geopolitical equivalent of canceling. “That was his aim,” says Banik. “Fedorov said that we had to do everything to have digital companies leave Russia.” In a video published in early March, Fedorov, wearing a T-shirt and speaking in Russian in front of a crate of Starlink receivers, urged young Russian technology workers to rise up against Putin or “become pariahs.”