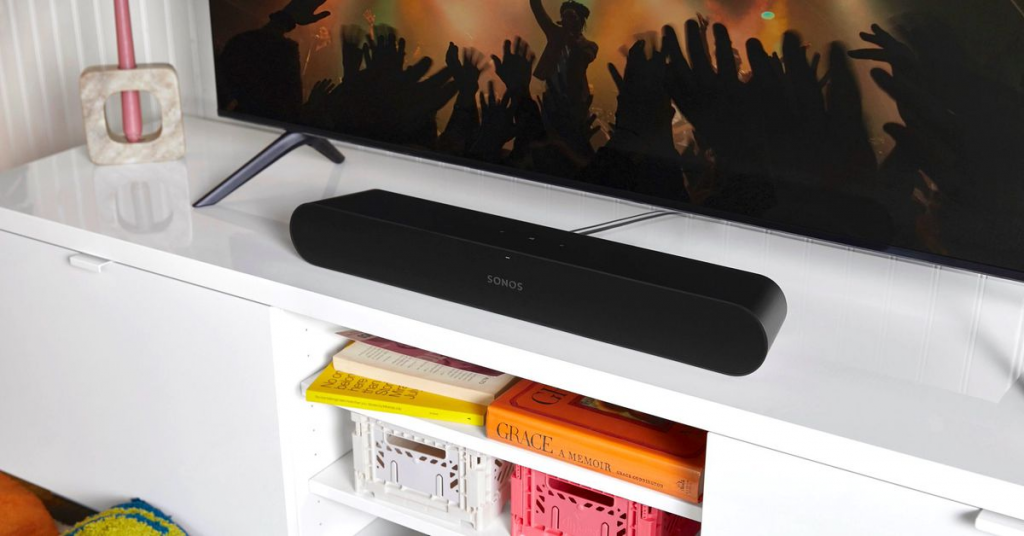 After The Verge yesterday revealed the name of Sonos’ latest soundbar and a retailer accidentally posted images of the device, the leak floodgates have now seemingly opened. Twitter user SnoopyTech has shared a number of marketing shots of the Sonos Ray, offering a closer look at the upcoming product’s size and design.

The images showcase the Ray in both black and white and offer a higher-quality peek at the soundbar’s design. Similar to the Arc and Beam, the Ray has a ton of perforated holes cut into the plastic front grill.

Around back is the connect button, power, optical, and ethernet — confirming The Verge’s previous reporting that the Ray does not include HDMI eARC support. It will plug into TVs using the optical connection.

The back of the Ray also has what look like mounting holes. Sonos has designed the soundbar to be mounted horizontally but also vertically. In the latter scenario, a pair of Rays can be used as rear surrounds for other Sonos soundbars, like the Arc or Beam. The Ray will be able to receive and play Dolby Atmos surround audio when used in this configuration, though the soundbar only supports Dolby Digital when used by itself.

Sonos is expected to announce the Sonos Ray in the coming weeks for a price of $249 and a release date in early June. The company is also planning to introduce its own voice control service in the near future, with an emphasis on privacy and responsiveness.